The Adventurerr
Home Adventures What is Urban Exploration? Is it Legal? 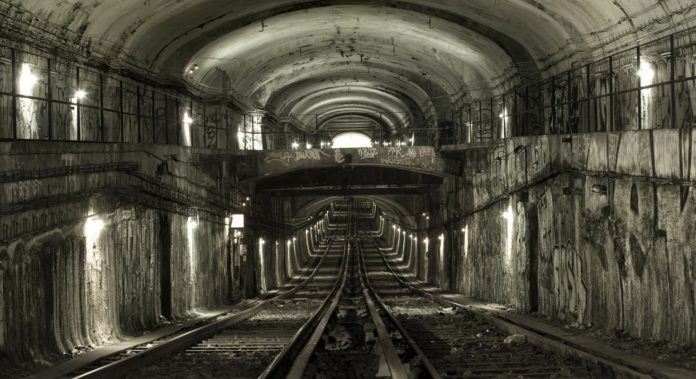 Thanks to the surge in urban exploration websites and the communities that they create, it has become an increasingly popular hobby and has seen growing coverage in the press.

What is Urban Exploration?

Also know as ‘urban caving’, ‘urban hacking’ and ‘infiltration’, it is entirely what it sounds like; people gain access into areas or buildings normally inaccessible to the public, with the sole intention of taking a look around.

How did it start?

Dedicated website Infiltration.org features a timeline of notable Urban Exploration (often shorted to Urbex) events however the birth of the Urbex community is frequently credited to students at the Massachusetts Institute of Technology who would explore the steam tunnels at the campus, something which is still practiced today.

What’s the aim of it?

Quite simply, it is just to look around. Those who do it for a hobby are often keen photographers who then post their snapshots online for fellow explorers to look at. UK based explorers reports multiple excursions to a wide range of locations and claims that:

“These places are unlikely to be seen by the everyday public and as redevelopment occurs these places will be lost for ever, taking their history and secrets with them. The photographs aim to capture and record this before it’s too late.”

The thrill of it is also certainly part of the attraction. Being in an off-limits area, occasionally with security guards nearby is guaranteed to bring on an adrenaline rush.

But is urban exploration legal?

The legality of it depends on where you are from. For instance, in the UK, trespassing is a civil matter and so it is not a criminal offence unless it is in certain locations such as government buildings and power plants. Most urban explorers have a strict rule that if caught and asked to leave, they do so without a fuss. Damaging anything whilst exploring is also frowned upon since it qualifies as breaking and entering, aside from being immoral. Similarly, theft is a big taboo amongst Urbex communities. Whilst some do so, more often than not for souvenirs rather than profit, it is generally not encouraged.

Generally, most urban explorers follow that rule “take nothing but photographs, leave nothing but footprints”. Whilst in many places, simply being in certain favourite Urbex locations is illegal, following this principle helps minimize and potential legal issues should you be caught. It could be argued that despite often being illegal; it is certainly not immoral, being born out of a natural curiosity for unseen areas and a desire to explore the world.

There are many local and regional urban exploration communities who advertise online for first-time excursions. Contact one of these to find out more, or perhaps start your own group with friends.

There is a wealth of information online, such as tips, ideal locations and equipment as well as general safety advice. There’s a popular subreddit on the topic

The wisdom that comes from such an active community and their concerns for safety has resulted in a spokesperson for the Royal Society for the Prevention of Accidents saying:

“Although we don’t endorse it, these people are very skilled and know what they’re doing.”