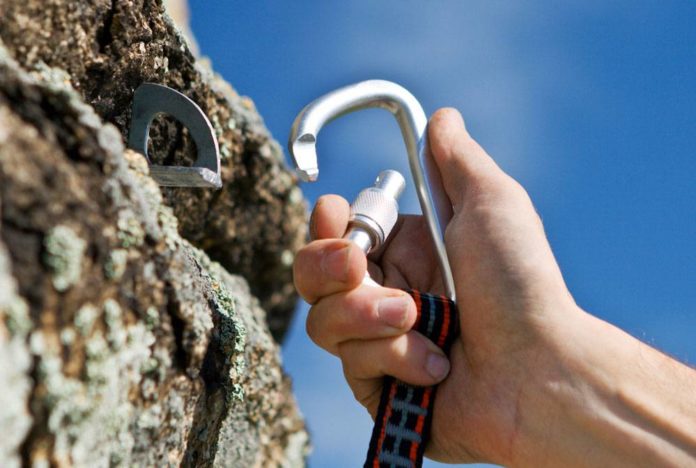 Not all rock climbing carabiners are created equal. Learn the basic differences between the carabiners and become a safer climber.

There is nothing quite like staring at a brand new and shiny carabiner. The coolness of the metal against the skin, the sheen coming off its surface, and the rock climbing adventures it suggests all contribute to the unique experience of picking out and buying a new carabiner for that next epic rock climbing outing.

As much as it can be an emotional experience, picking out the right kind of carabiner should also be a precise science. First of all, the purpose of the carabiner has to be determined before the right type of carabiner can be purchased.

In general, carabiners can be used for:

The next thing to look out for is the type of gate the carabiner has. The gate is the opening part of the carabiner which rests on a hinge. This is the most crucial design of a carabiner since a carabiner with the gate open has a greatly reduced strength, often down to only a third of its closed gate strength.

A solid gate carabiner has a straight and solid metal gate. This type of design is great for just about anything and is often times used on a quickdraw as the clipping end onto a bolt.

A bent gate carabiner also has a solid metal gate, but it is slightly bent towards the spine of the carabiner. This type of gate allows for easier clip in of the rope. On a hard redpoint attempt when every millisecond counts, a bent gate carabiner can be the difference between eternal glory and another failed attempt.

Wire gate carabiners are lightweight and also very strong. They are also easy to clip. On a long multi-pitch route requiring a lot of gear, the ounces that using wire gate carabiners can shave off can often lighten up the load significantly.

Carabiners can also come with locks to prevent the gate from accidentally opening and unclipping. These locking carabiners are critical when clipping into belay or rappel anchors. Whenever a climber is setting up any kind of anchor, locking carabiners should be used to make it fail-proof. The carabiner used with a belay device should also be of the locking variety to ensure the safety of the climber. Read here our hands-on review on the best locking carabiners on the market.

Choose the right carabiner for the right situation can increase the safety margin of a climb. Since the sport of rock climbing is inherently dangerous, knowing the best way of using rock climbing equipment greatly reduces the chances of accident due to human error.