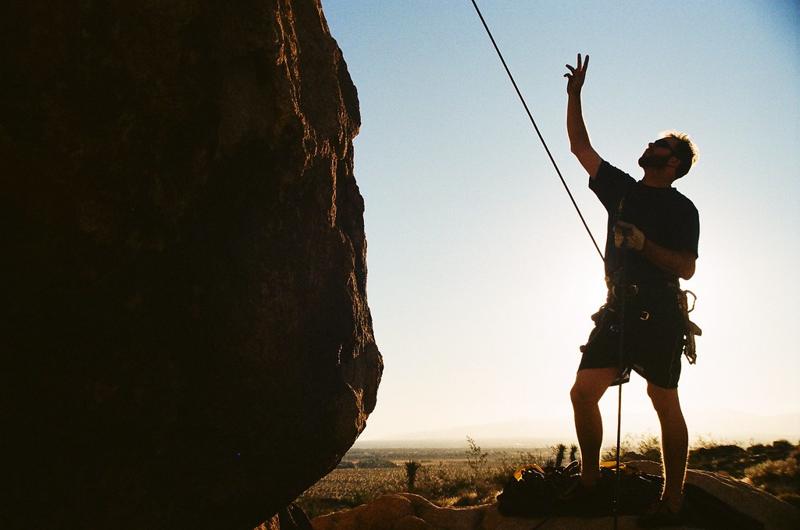 Not long ago, I was belaying a friend climbing for the first time. To put it mildly, she was a panicky mess. “I’m going to fall and die,” she whined, convinced that one slip would spell the end. “Don’t worry,” I said, poised to stop the rope when she took leave of the rock. ”You couldn’t kill yourself if you tried.”

I wasn’t kidding. Had she decided to end it all and jump, I could have easily applied friction to the rope and stopped her fall before she’d gone much more than a few feet.

Unless you’re a train conductor, a brain surgeon, or pack parachutes for a living, you will never feel so directly liable for another person’s life as when you’re belaying. When you inform your rope mate that she is “on belay,” you only can stop her should she peel away from the rock. Trust and personal responsibility make the bond between rope mates so profound.

Managing the rope to save your partner’s cookies in the event of a fall is as fundamental to climbing safety as a net is to a trapeze artist. Belaying isn’t difficult. If the climber falls, the belayer locks off the rope, usually with a belay device, and often lowers the climber back to terra firma at the end of the climb. Anyone who can talk, listen, stand, and chew gum simultaneously can do it. Like any skill, however, belaying requires practice. Have a good teacher show you the proper techniques, and you’re on your way to a safe climbing career.

Three essential components must be in place to make the system work:

The beginner must first learn the mechanics of the belay: how much slack to allow, how to stop a fall, and so forth. A belayer’s responsibilities extend far beyond that, however. A good belayer acts as a traffic cop and crossing guard all in one, checking that the leader’s harness waistbelt is doubled back, that the anchor is solid, and more. Once the leader climbs, it’s very important for the belayer to focus on his mate. Simply put: A belayer holds his partner’s life in his hands.

In the early days of climbing, belaying involved little more than the top climber getting to a safe stopping point and reeling the rope in, hand over hand, for the next person to follow. This evolved to the waist belay and, eventually, to the neat little gadgets that are used today.

Typically, beginning climbers are so consumed with getting up and down the rock in one piece that they often don’t pay attention to the safety systems around them. Because belaying appears easy, and it really is if you’re paying attention, climbers occasionally space out. Beware! Lose your concentration, and you may pay a steep price. Forty percent of all climbing fatalities in Yosemite National Park result from failures in the belay chain.

Here’s a classic miscalculation that happens far too often: The belayer should tie into the end of the rope if there is a possibility that the team could run out of line. Why? It’s not uncommon for a leader to go to the anchor, clip in the rope, and lower to the ground. If the anchor is more than half a rope’s length, the end of the line may run right through the belayer’s hand during the lower-off. This miscue has led to many deadly accidents.

Here are the basics of belaying:

When we say that the point of protection is below, we mean that the leader places pieces of protection as he ascends, climbing above each one before placing the next.

Setting up an indirect belay is the province of an expert, but it’s good to know why climbers use it. In an indirect belay, the less common of the two methods, the belayer is “outside the system,” meaning the rope is not tied directly to the harness but rather to the anchor.

The anchor holds the fall with an indirect belay, and the belayer has to brake the rope. Therefore, the fall does not pull on the belayer, just the anchor. If I rig my belay device to a tree and hold on to the brake side of the rope when my partner falls, I have an indirect belay. One of the benefits of this setup is that it makes it easy for the belayer to get clear of the system and go for help if the need arises.

Here’s a key point: The belayer should be tied securely to the anchor. If there is significant slack between the two, a long fall can pluck the belayer off the ground as easily as one would pull a toothpick from a sandwich.

The ramifications of this are rarely good: The belayer is yanked violently until the slack is out of the rope. This often causes the rope to be ripped from his hands, ending in a certain disaster.

A direct belay transfers the fall load to the belayer’s harness. If his partner logs air time, the impact of the fall on the rope is transferred through the belayer to the anchor, thereby lessening the impact on the anchor.

The downside of a direct belay is that the anchor points need to be elephant-proof, although it would take a very nimble pachyderm to get too far off the ground. If the anchor isn’t sound, the climber who falls is likely to end up very dead. 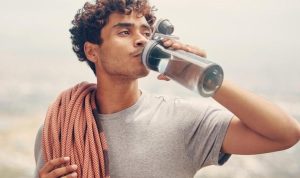 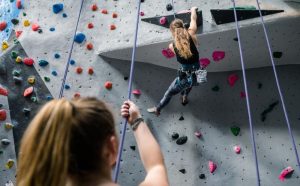 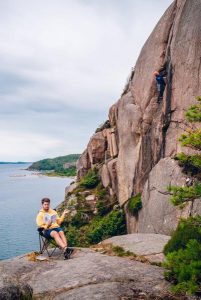 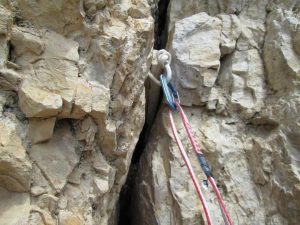 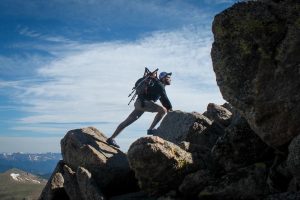 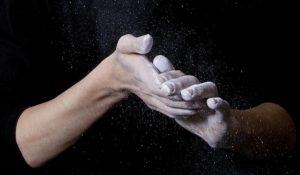 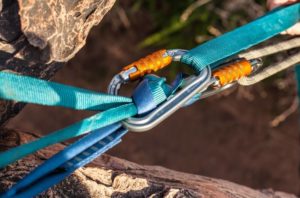 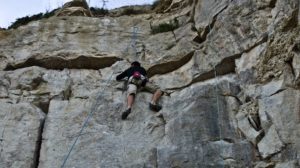 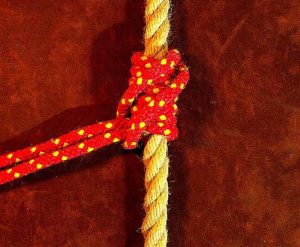