The Adventurerr
Home Winter Sports Skiing Why Skis For Women? 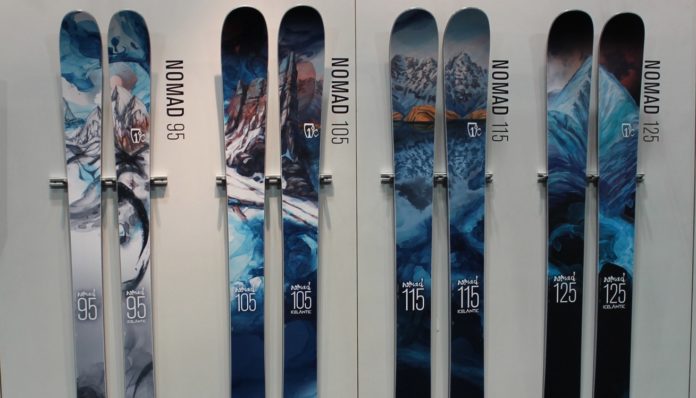 Big name ski manufacturers including K2, Volkl and Salomon have a range of skis for ladies. Are there differences in skis for women or, is it just a marketing ploy?

On average women are lighter, less strong and have a lower center of gravity to men. Women are arguably attracted to different aesthetics. These physical and psychological characteristics would surely justify skis designed and built to optimize performance and skiing enjoyment of female skiers. Finally this gap has been recognized in the ski market and manufacturers are delivering results for lady skiers of all abilities and skiing styles.

Physical Differences Between Men and Women

There are individual exceptions to the following physical differences between women and men, but on average,

Many models of womens’ skis have a wood core enabling high performance in a lightweight construction. K2 uses what’s described as a Bioflex core. A blend of fir and spruce combine to give the ski a blend of stability and forgiveness. K2 explains that the beauty of the Bioflex core is that it “produces a lighter weight core which translates into skis that are easier to maneuver and causes less fatigue than a comparable men’s size and model.”

Other ski characteristics designed specifically for women include:

Some Great Skis Models For Women

The Volkl Kiku (Sidecut: 137-106-122) are Big Mountain Skis. At 106mm under foot it is one of the fattest women’s freeride skis on the market. This ski has rocker technology. The Kiku has good float, it’s really responsive and it is super easy to ski. It skii itself.

The Dynastar Ex Legend (Sidecut: 114-75-102) is a Carving Ski or Piste Ski (a ski most suited for groomed trails). It is a light ski with a stiff flex that makes it grippy when tilted on the edge.

The K2 She’s Back (Sidecut: 121-80-107 ) is a lightweight Ski Touring Ski. K2’s series of adventure skis all come with a hole drilled in the tip and tail that facilitate building a rescue sled and serve as an attachment point for skins.

Salomon Lady (Sidecut: 128-85-113) is an All Mountain Ski that is easy to use on and off piste. There’s something about them explosive and powerful.

What Do Professional Female Skiers Ski On?

We asked a professional skier what she skis on and, what she thinks about skis for women. Referring to the different designs and graphics of women’s and men’s skis she says, “I like having that separation. The structure of the ski is different – lighter wood core, softer flex.” And the difference in performance? “I really enjoy skiing on the Kiku. They were easier to ski in general.”

Until 10 years ago, women-specific skis either didn’t exist or lacked performance, assumed women had lower expectations of what skis can do and were adorned with flowery graphics. Now, as more and more female skiers, provide feedback on the womens’ skis, designs will evolve and the connotations associated with ‘skis for girls’ will be a positive change.