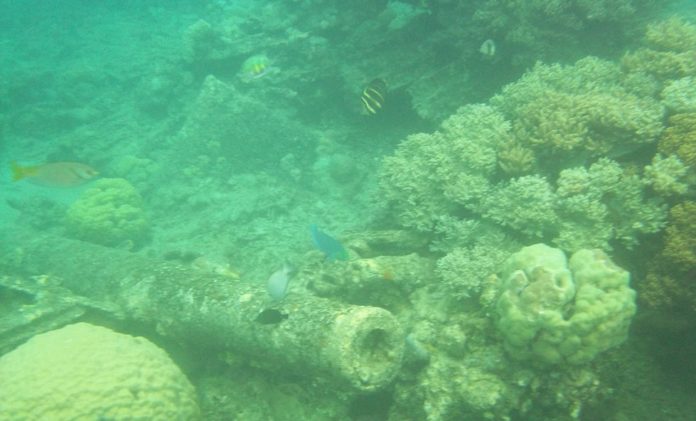 Vanuatu is a South Pacific resort boasting a ship wreck that attracts scuba divers from around the world.

Among divers, Vanuatu is famous for one thing: the wreck of the President Coolidge. The Coolidge was a cruise liner built in the 1930s and converted to a troop carrier during the Second World War. During the war some 100,000 Americans were stationed on the island of Espiritu Santo, turning the sleepy South Pacific Island into a bustling city. In 1942 the ship blundered into its own mines and sank just off one of Santo’s beaches. Today it is one of the best wreck dives in the world.

Diving with a guide from a local diving centre I spent a week exploring the largely intact ship. My guide led me through long corridors, peering into cabins and bathrooms where art-deco lamps and baths are still in place. In the promenade deck we found helmets, gas masks and rifles. The holds still carried their cargo of jeeps, field guns and aircraft drop tanks. Jars of ointment and glass phials of penicillin have somehow survived intact in the medical supplies cupboard. 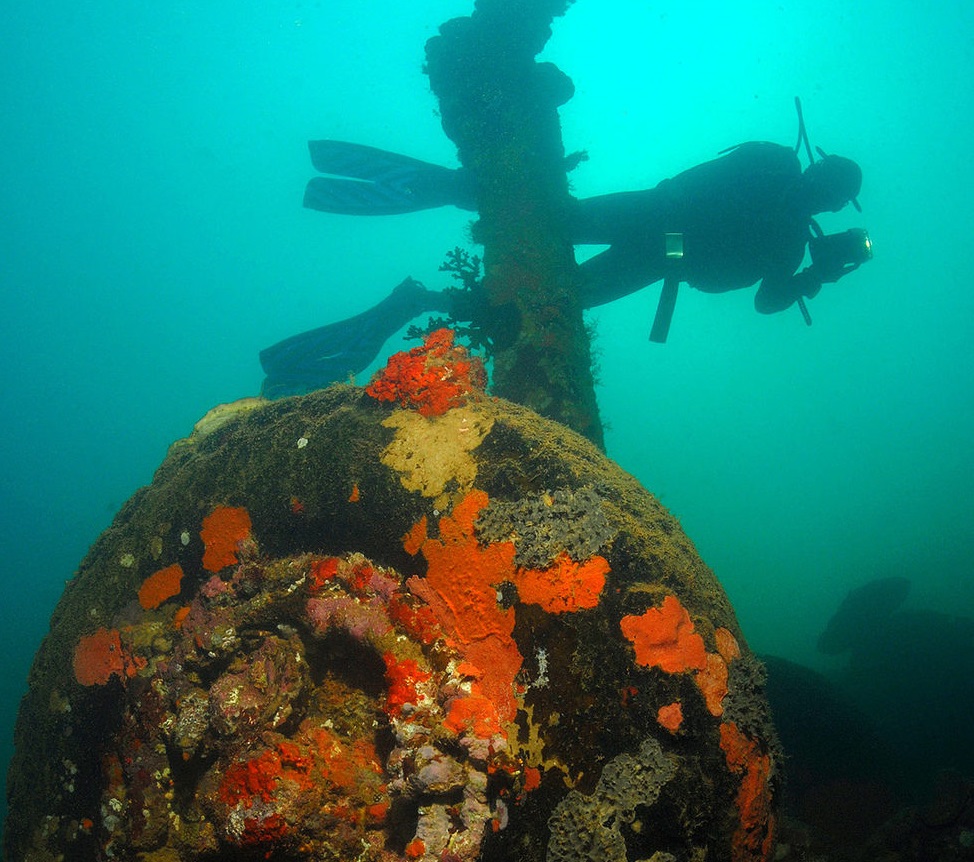 A lesser diving attraction is Million Dollar Point. At the end of the war the US army offered to sell its surplus equipment to the French government of Vanuatu. When the buyers stalled beyond the deadline, the army dumped trucks, jeeps, spare parts, even rations of Coca Cola into the sea. The disordered jumble of equipment encrusted with coral and home to schools of fish makes an unsettling dive.

The diving in Santo is deep and adventurous, but the conditions are easy. Both the Coolidge and Million Dollar Point are reached by strolling down the beach and swimming a few metres out from shore. The water is clear and warm.

Despite being home to one of the most famous dive sites in the world, Santo is not cashing in. Coolidge t-shirts … baseball caps … souvenir beach towels … I found none of these on sale in the main town, Luganville. Even the few postcards available have a home-spun look, and are really just photographs pasted onto white card.

However if you feel the need for a Tilley lantern or a loud tropical print shirt, Luganville is the place for you. It’s fun to shop in the food market where bunches of vegetables come wrapped in a basket woven from a green coconut leaves. In fact the one thing you can get in Santo is excellent food including delicious, locally-produced beef and Chinese cuisine.

Like the shopping opportunities, specific tourist attractions are few and far between. For a diver, that’s not a problem, as the main attraction lies on the sea bed, waiting to be explored.

Air Vanuatu flies daily to and from Australia and three times a week to and from New Zealand as well as providing air links between the islands.