Downhill mountain biking on ice with 400 other riders is surely insane, yet nearly 2000 competitors enter the Mega Avalanche held in the French Alps every July.

This crazy mountain bike race requires riders to descend a total of 2600m from Pic Blanc at 3300m to Allemont at 720m negotiating some of the toughest black ski runs in the area, still covered in icy snow at the top!

Now in its 14th year, the Mega Avalanche is not just one race but a seven day mountain bike event of riding, fun and games, attracting over 20 nationalities, a third of them British. The mountain bike race has now become a firm event in the Alpe d’Huez calendar, even though most ordinary cycle fans flock to the region for that other famous cycle race known as the Tour de France when Alpe d’Huez hosts one of the finishing stages.

The central resort of the Grandes Rousses Massif, Alpe D’Huez lies at 1869 metres above sea level in the Oisans Alps region of France.

The 3300m high peak of Pin Blanc offers breathtaking views over much of the Alps including Mont Blanc and Mont Cervin and is a perfect location for crazy mountain bikers looking to ride hard and play hard. But first they must get through the qualifying stages.

With such a high volume of entrants the Mega Avalanche final is limited to 400 competitors. Anyone can enter as long as the rider wears a full-face helmet, elbow protectors and long-fingered gloves. Additional body armour is highly recommended.

A set of “position” qualifying races over 15km are held with a maximum of 200 riders per race; riders must finish in the top 58 and their “grid” location in the final 400 is determined according to their finishing position in the qualifier.

Those that do not qualify for the main race are still able to ride the course but have to take part in two secondary events with a separate race held for female competitors. For many, the disappointment at missing the cut is alleviated by not having to suffer a line up start; they can simply tackle the mountain in their own time at their own pace.

Starting at Pic Blanc, riders line up in rows of 24 with a total of 17 rows and 406 riders meaning total mayhem kicks in once the starting whistle is blown. Many riders fall at the outset, slipping and sliding their way down the first few hundred metres of descent before the snowline departs and fast flowing single-track ensues. Those that make it first onto the single-track trails are most likely to win the event.

The Mega Avalanche is doubly dangerous due to the glacial conditions at the start and the inevitable jostling for position.

Event organisers reserve the right to start the race at a lower altitude in the case of extreme weather conditions. Whilst the Alpe d’Huez area is normally blessed with sunshine in July when the race takes place, the 2008 event was blighted by storms and blizzards forcing organisers to move the start down to 2800m for safety reasons.

Whilst La Ruta is probably the toughest cross country mountain bike race, the Mega Avalanche has to be the most insane downhill event even for die-hard downhill MTB’ers.

Find out more about how to enter at the official Mega Avalanche website. 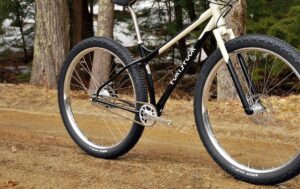 Taking Care of Flats on Your Bike While on the Trail 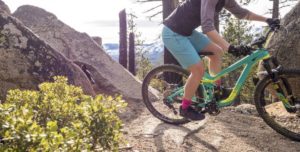 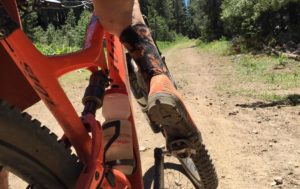 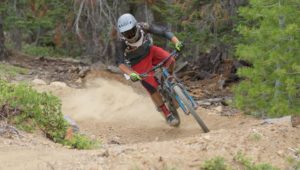 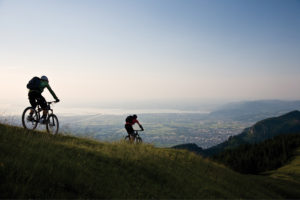 How to Choose a Mountain Bike Holiday 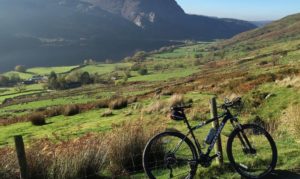 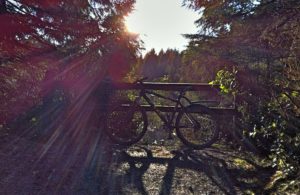 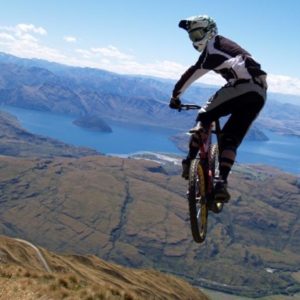