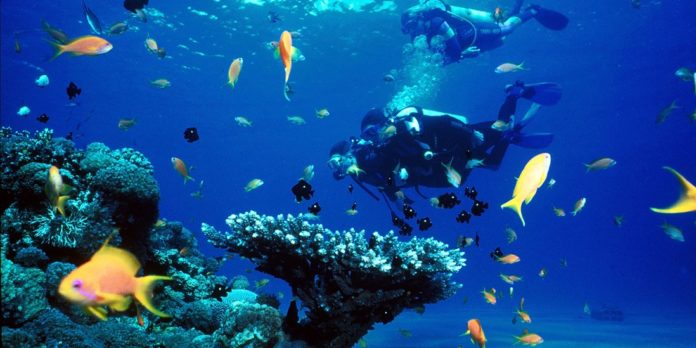 Wetsuits provide divers with warmth as water between the diver and the suit is warmed, while drysuits are able to keep divers dry providing they fit well.

Unless one is fortunate to live in a location which offers year-round warm weather, such as the Canary Islands or the Caribbean, it is worth considering buying a wetsuit to wear whilst involved in water-sports activities. When in water, heat is conducted away from the body at a far quicker rate than when a person is on land. This is why the body becomes cold if it is in water for a prolonged duration of time which is colder than normal body temperature.

What is a Wetsuit?

A wetsuit is a skintight suit which is normally made from neoprene and will usually come in a range of thickness. Wetsuits are aptly named because whilst wearing them one gets wet upon entering water, although the water between the wetsuit and the body becomes heated up through body heat, which in turn enables a person to stay in the water for a far longer period than if without a wetsuit. The thicker the material used in the wetsuit and the greater the amount of the body that it covers, the warmer the individual becomes. In The Scuba Diving Handbook, Bantin (2007) identifies that during warmer times of the year some people opt for a ‘shortie’ type of wetsuit which is around three millimetres thick and does not cover the arms or legs while in cooler weather it is best to wear either a five or seven millimetre suit.

Wetsuits are often available in surf shops and some sport centres and as anyone who regularly participates in water-sports will know, they can make a huge difference to the length of time one is able to enjoy surfing, windsurfing or diving. Although wetsuits are not cheap to get hold of, it is worth shopping around and online as well as waiting for sports sales to come out.

A semi-drysuit will often keep an individual warmer than wearing a wetsuit and this is primarily due to the fact that this type of suit allows less water in through the seals. Semi-drysuits may have thicker neoprene in areas which do not require flexibility and less in areas such as the elbows and knees. Although some water does get into semi-drysuits the suit consists of skin seals at various location including at the wrist, ankle and collar. These seals are used to as a means of preventing water from being flushed in and out of the suit.

How do dry suits work?

In contrast to wetsuits and semi-drysuits, a dry suit is made of a combination of neoprene and butyl rubber making it possible to remain dry. However, in order for a dry suit to work properly it must fit well and be very hard-wearing as if it gets punctured it will obviously no longer be effective. Dry suits are more likely to be worn in colder climates and during the winter months.

As highlighted above, there are thee main types of suits used by divers and in other water-sports such as sailing and kayaking: wetsuits, semi-drysuits and drysuits. Each of these suits offers the opportunity to be able to stay warmer in the water enabling one to spend more time enjoying water-sports all year round.