Winter Tent Camping: How to Set Up a Tent in Snow 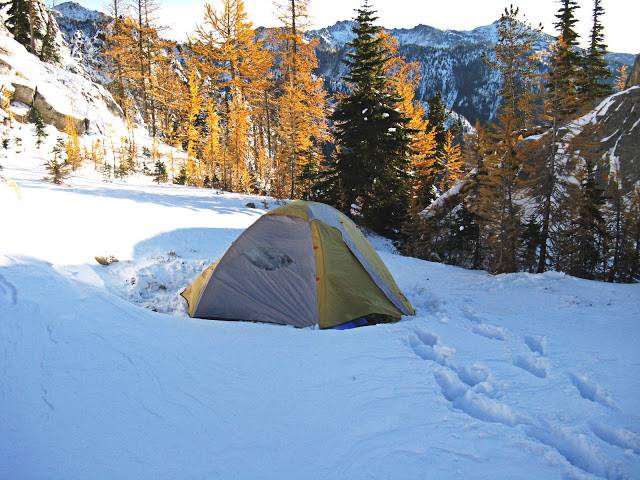 Winter camping is not for every backpacker or hiker, but for those willing to brave the cold and snow, the rewards can be outstanding if a few things are kept in mind.

With cold winter temperatures the air is crisp, the night sky clear and when it snows in the north woods, the view is beautiful. But along with the wonders of winter comes challenges that are not normally faced. One of them is pitching a tent in the snow.

Pack the Snow Under the Tent

There is a simple fact about setting up a tent in snow country, and it is that snow compresses. This may not seem like a problem, but pitch a tent on top of 2-feet of the white stuff and things can get a little odd. That nice fluffy uncompressed snow will allow the person sleeping inside the tent to sink. Sure the tent keeps them from disappearing, but it will make for uncomfortable nights and a mess. So before the tent goes up, the snow needs to be compressed down.

>> Check here our review of the best camping tents

Use Snow Shoes, Skis or Boots

For those using skis or snow shoes compacting the snow is simple. Before setting up the tent just tromp around with the skis or snow shoes where the tent will go. The size of the packed area should be bigger than the footprint of the tent to allow for space to move around the outside. An area in front of the tent should also be prepared as a place to sit, stand or place gear. This section should be a little lower than the portion where the tent will be. By doing this there is a ledge to sit on at the front of the tent and colder air will drop down into this portion instead of up against the tent at night.

No matter how it is done, tromping on it with boots, snow shoes, skis or beating it down with a snow shovel, the job needs to be done!

How to Anchor a Tent in Snow

Once the snow is prepared it is time to set up the tent and find the solution for one more problem – where to place a peg. There are a few ways to get around this and they all involve using the snow as an anchor point. No matter which way it is done, a 2-foot (60 cm) long piece of cord will be needed for each anchor point on the tent.

When x-country skiing into an area the skis can be used to anchor the tent. Jab the skis into the snow tail first and tie a section of cord to it. The same can be done with snow shoes. Just stick them into the snow and tie down the tent.

Another option is burying a stick in the snow with a cord running underneath it and then back up and out. When snow is compacted it hardens, and once the stick is buried and if it remains cold, the snow will become like concrete.

There should now be the hole in the snow with the two ends of the cord sticking out and the stick lying parallel to the ground on top of the loop. Now pack the hole with snow and it will hold the stick in place. It will take some time for the snow to harden so don’t yank on the cord for a while. If conditions are bad and the tent needs to be anchored immediately, just jam that snow good and hard.

With the cord ran under the stick it is easier to pull it out of the snow. When breaking camp all that has to be done is to grab one end of the cord and pull it though the snow leaving nothing but a stick behind.

Securing the tent down with small stuff bags is another option and it uses the same principal. The line is tied to the stuff bag and then the bag is filled with snow and buried. The problem some people have found is when the snow hardens the bag has to be dug up to get it out. This can be much harder than it sounds.

There can be one other problem, when trying to winter tent camping, and there is no snow or very little on the ground. Everything can be frozen like a rock and there is no way to push a tent peg in. This is when using the natural environment comes into play. Tie the tent to trees, roots or anything else nearby that offers enough strength to hold it in winter winds. 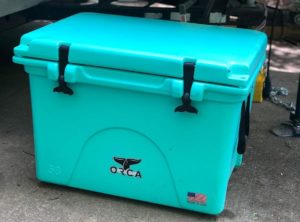 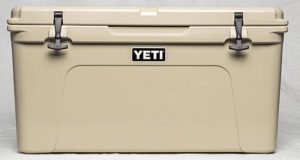 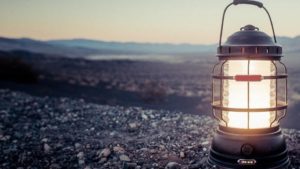 The Best Lanterns for Camping & Backpacking 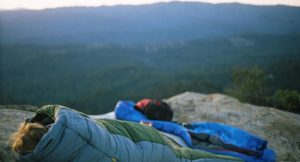 The Best Budget Sleeping Bags for 2020 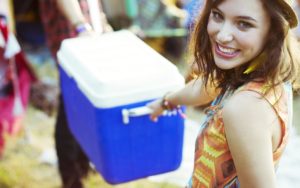 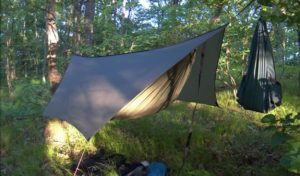 Best Hammocks for Camping in 2020 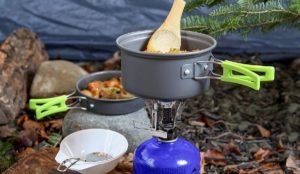 The Best Camping Cookware Set for 2020 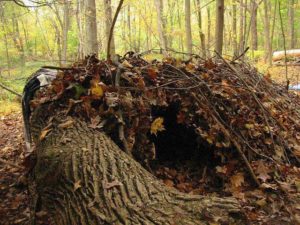 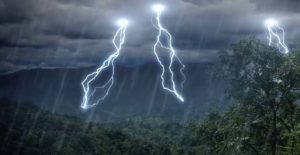