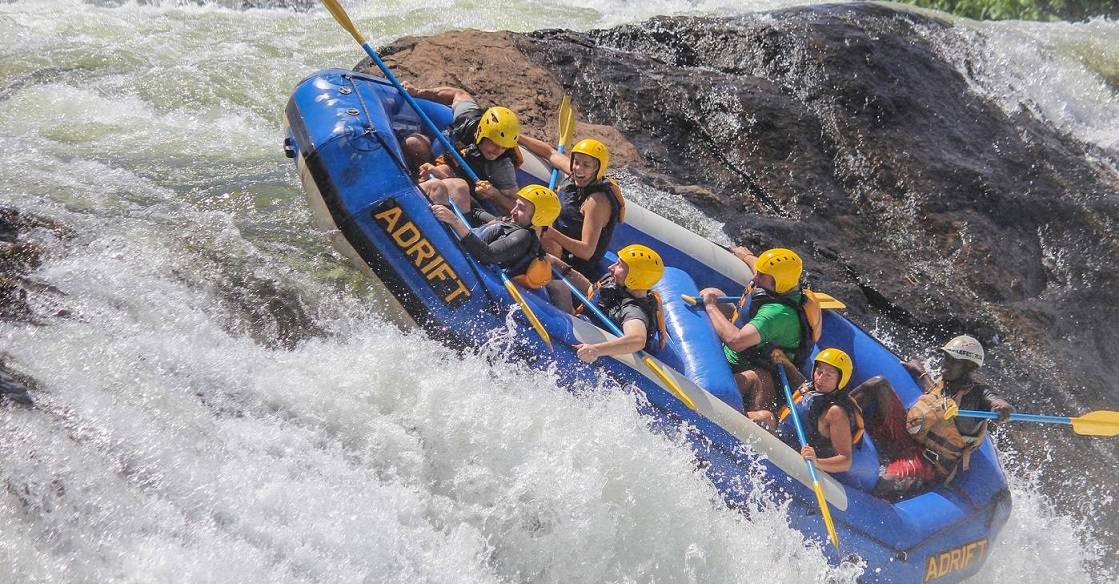 Rivers across the United States offer not only heart-thumping adventures down white-capped rivers, but also breathtaking vistas, scenic canyons and the occasional stunning waterfall. From Alaska to Georgia, Maine to Utah, there are plenty of rivers that will meet the needs of all rafters, whether a veteran or a first-timer.

These trips range in difficulty from beginner to advanced, and feature everything from calm rivers to turbulent and difficult rapids. Rivers can make for fun family rafting trips or whitewater river rafting challenges for adventurous vacationers. Sections of rivers range from class I to class V rapids.

Rivers across the country are rated according to difficulty, using the International Scale of River Difficulty’s roman numeral system of I to VI, with the exception of the Grand Canyon, which still uses a numeral system of 1 to 10. River classifications can change depending upon water level fluctuations. A Class III river, for example, could easily become a Class IV if the water level changes dramatically.

It is always recommended that novices begin with a Class I, II, or III river, which still offer enough excitement for neophytes as well as seasoned rafters. Reputable outfitters will provide brochures and extensive information on the rivers they navigate.

Class I, II and III Rivers

The following rivers are rated either Class I, II, or III. These rivers offer easy to moderate waves, and from no obstacles to narrow passageways requiring maneuvering experience. Class I rivers do not require a guide; however, it is preferable that a guide is used on Class II and Class III rivers.

Class IV rivers do not require previous experience, but it is highly recommended that one has experienced a lower-rated river initially. Class IV and Class V rivers vary from difficult to extremely difficult, with long rapids and powerful waves, dangerous rocks, large drops, rapids without interruption, and many obstacles in the riverbed. Experienced guide required. Class VI rivers are considered unrunnable, and should not be attempted, with death-defying rapids and large waterfalls.

The following are some Class IV, V and VI rivers in the United States:

Although these are not all of the rivers to be found in the United States, it is a good start. Where there are mountains or rivers, there will most likely be white water.

Whitewater rafting can be a safe, fun, and wet way to add more adventure to a camping trip. Becoming familiar with a river’s classification is simply one step to ensure a safer rafting experience.

Some of the Rafting Tours by Region

Some specific rivers and rafting trips are detailed below, and sections appropriate for family rafting are mentioned.

Rafting Trips on the West Coast

There are a variety of rivers that feature whitewater river rafting in California, and many companies offer trips and special rafting trip packages. These rafting tours allow people to experience the beauty of the “wild West” in an exciting venue.

American River rafting is appropriate for beginner to intermediate rafters, as the river’s rapids range from class I to class IV+. This river is better for family rafting than it is for advanced rafting, though parts of the american River will likely be intense yet fun.

The Tuolumne River is more appropriate for intermediate or advanced rafters, as it features class IVs and Vs. And Kaweh river rafting trips near southern California is only for more experienced rafters.

In Wisconsin, there are several rivers that are utilized for rafting adventures. Koshir’s Rapid Rafts, among other companies, offers various rafting trips. One is on the Peshtigo River, which features rapids that range from class III to IV (IV in the springtime), so it is appropriate for more intermediate rafters. The runs and difficulty varies with the season, as whitewater river rafting does depend on water level, which will vary with the amount of snow melt.

Wisconsin also features the Menominee River, which features class IVs and is thus for experienced rafters only.

The Middle Fork of the Vermilion River in Illinois is conducive to family rafting trips and makes for an excellent rafting trip. This scenic river offers rafters plenty to look at, and calm pools offer plenty of fish for the dedicated fisherman, according to “US Midwest – Best Rafting, Paddling & Kayaking,” as seen at iExplore.com.

The Eastern United States offers a longer rafting season than the West. This is because there are more rivers that are fit for rafting tours, and dams control the amount of water released into the rivers.

New River rafting features trips down the upper and lower part of the river. Upper New River is great for family rafting, as this portion of the river includes plenty of tranquil areas great for swimming or taking pictures. The Lower New River, on the other hand, is much more intense and features rapids ranging from mild class IIs to wild class Vs. For a crazy two days of rafting, large groups can take on both sections of the river.

The Ocoee River, in Tennessee features class IIIs and IVs, so it is appropriate for intermediate rafters. Rafting Ocoee is only a day-long endeavor, unlike Grand Canyon river rafting trips, so it is appropriate for adventurers who want to get out and have a day of fun. Guided trips through the middle and upper river are offered, with a trip down both sections taking less than four hours. One thing to keep in mind is that Tennessee law requires that rafters be at least 12 years old.

Closer to the coast, New York offers plenty of rafting options. Many rafting companies offers trips down the Hudson, Sacandaga, Black, and Moose Rivers, which all feature white water rapids perfect for rafting trips. There are many sections of the rivers and trip packages to choose from in New York, giving adventurers plenty of opportunity for exploring the wilderness and having fun. These rivers are appropriate for everyone from beginners to experts, as rapids range from class I to class V.

New England offers plenty of river rafting options. Rafting America offers trips in Massachusetts, Vermont, Connecticut, and Pennsylvania, which all feature rivers that are appropriate for white water rafting trips. The rivers include Deerfield, Millers, West, Housatonic, and Lehigh. Rapids range from class II to IV, so these rivers are appropriate for many rafters.