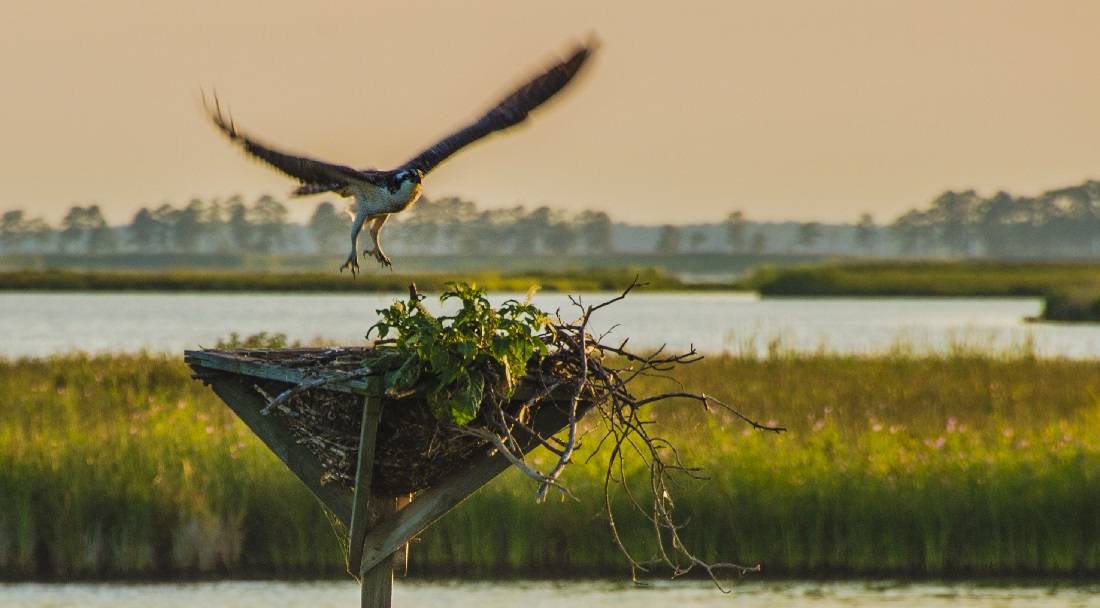 Blackwater National Wildlife Refuge on Maryland’s Eastern Shore refuge manager Glenn Carowan can afford to be more than a little boastful. He can talk about the $2 million wetland project that he pulled off for only a tenth of that amount. He can also discuss how he parlayed the use of private funds and saw his refuge grow by 50 percent to over 20,000 acres. Carowan is now talking about prospects for doubling its size and for combating sea-level rises that have already eradicated 7,000 acres of refuge wetland.

Blackwater NWR is one of nine national wildlife refuges on the low-lying Delmarva Peninsula, so named for the three states of Delaware, Maryland, and Virginia, which share its 200-mile length. This finger of land lies on the track of the Eastern Flyway, and its extensive marshes make it prime habitat for nesting and migrating birds.

The 800 acres of fields are farmed by the refuge, thereby making all crops available for wildlife and also minimizing the use of pesticides. Through two of the ongoing partnerships Carowan has forged, Pioneer Seed Company donates some $12,000 worth of seed each year and Grand National Waterfowl Hunt Club pays $7,000 for the fertilizer and lime.

Depending on the time of day and season, wildlife viewing is nothing short of sensational on the all-weather Wildlife Drive. It is by far the most popular attraction at the refuge, drawing an estimated 75,000 visitors annually. From Wildlife Drive, observers usually can get good views of bald eagles soaring above the marsh or perching on one of a few dead trees, some “planted” for that purpose by the local power company in response to Blackwater’s persuasive manager. Golden eagles are occasionally seen. 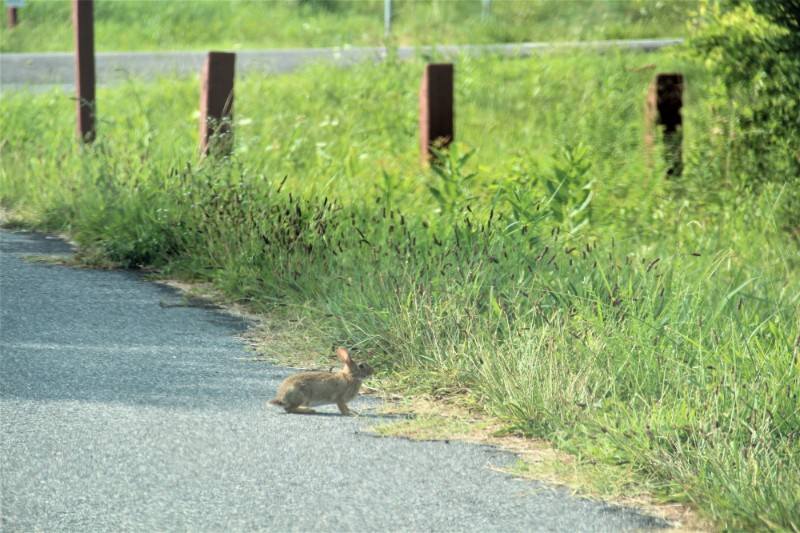 The drive provides access to the trails and close-up views of refuge impoundments and marsh. The former 40-foot fire tower that was a favorite observation point for many years, unfortunately, had to be dismantled for safety reasons.

The Marsh Edge Trail affords close-up looks of brackish marsh life along the Little Blackwater River near its intersection with the Blackwater River. They both flow through the refuge and are named for their vegetation-stained dark water. Woods Trail is a 0.5-mile loop through pines and mixed hardwood trees, an ideal habitat to see the endangered Delmarva fox squirrel.

Visitors who wish to hunt may do so (in hunt season) for deer with both bow and gun. Hunting helps control the number of the introduced Asian sika deer (a species of elk), which have been increasing significantly. Hunting of waterfowl is not permitted. 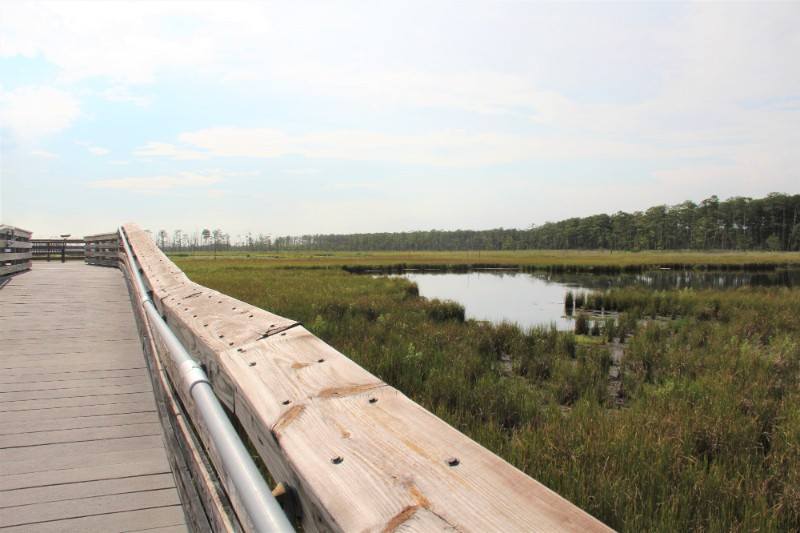 Fishing and crabbing are permitted from April through September. It is restricted to boats and the Little Blackwater Bridge on Key Wallace Drive. Small mammals may be trapped by permit, but the river otter is fully protected on the refuge. The overpopulation of the exotic nutria is being controlled through a trapping program designed to lessen marsh vegetation loss.

Carowan reports that the 129 bald eagles counted on and near the refuge in January 1996 was the highest number since 1979, when the annual survey sponsored by the National Wildlife Federation began. Even when their fishing areas are frozen in hard winters, eagles like the refuge because of the waterfowl prey that forages in refuge fields.

The refuge was established because of the bountiful marsh habitat that drew peak populations of 80,000 migrating Canada geese and 75,000 ducks. “I hate to say it,” said refuge biological technician Bill Giese, “but now we don’t really want much more than about 40,000 geese.” His comment reflects the marsh loss that continues to occur despite refugee protection. The refuge bird list contains over 250 species, including 20 species of ducks alone. 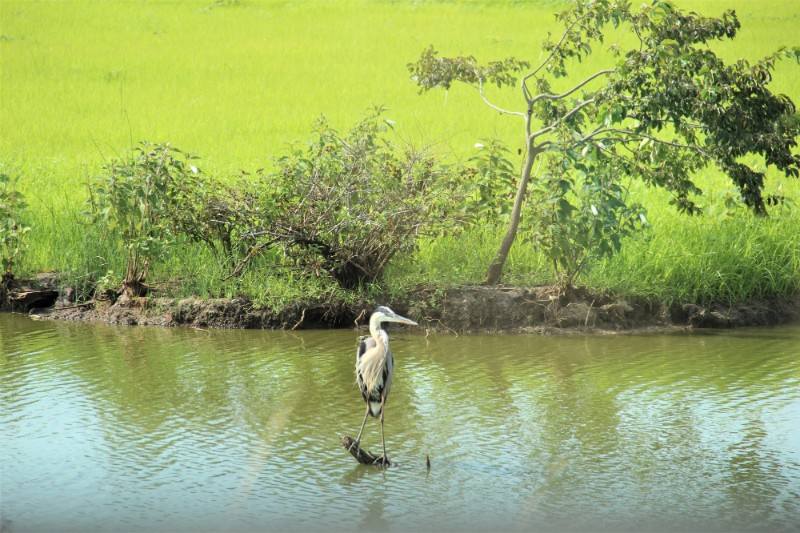 The first stop for visitors is usually the Visitor Center, the first right turn off Key Wallace Drive. In addition to exhibits, a video program on the refuge and large windows for viewing wildlife, the center has a book and gift store operated by The Friends of Blackwater and staffed by volunteers.

The Blackwater staff is also responsible for the 4400-acre Martin NWR located on Smith Island in the middle of Chesapeake Bay, a gift to the refuge system from Maryland industrialist Glenn L. Martin in 1954. The salt-marsh refuge supports a variety of water birds including peregrine falcons that produced seven young in 1995 and a heron rookery that regularly produces 150 young each year. 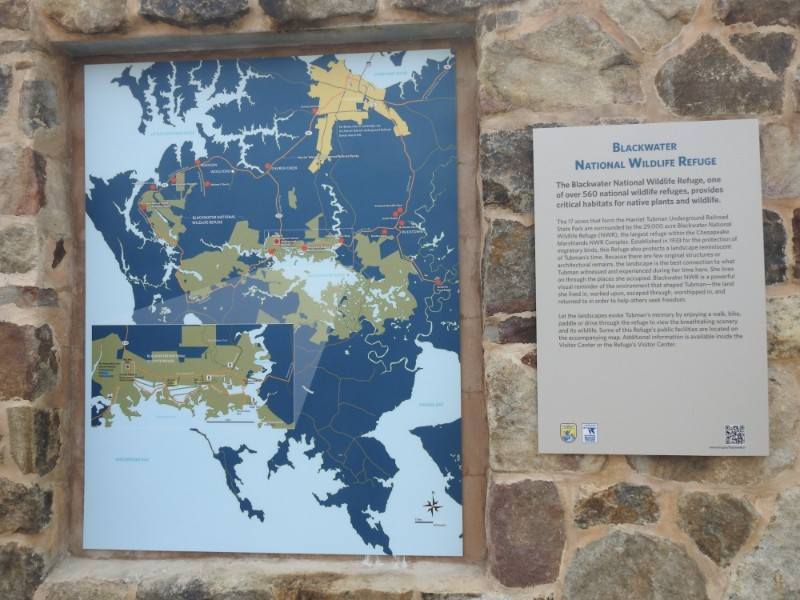 Food supply in the refuge is farther enhanced by maintaining moist-soil units, impoundment areas that can be flooded and drained to stimulate natural plant growth and to control seasonal water levels suitable for waterfowl and shore and wading birds.

The two large impoundments along Wildlife Drive have just been replaced to eliminate a problem that perplexed Carowan and limited the area usable by birds—the sloping bottoms made most of the water too deep for foraging. Fixing the problem meant rebuilding the area into four new impoundments, which is exactly what Carowan did, but not before first getting a 50/50 cost sharing from Ducks Unlimited, a frequent contributor to refuges nationwide for wetland projects. To make the job affordable, Carowan used refuge workers and equipment, doing for $200,000 what he says would have cost $2 million under a construction contract with outside forces. He likes to tell people that the massive project required moving an amount of dirt that would fill dump trucks lined up “back to nose” from the refuge to the [Chesapeake] Bay Bridge, a distance of almost 50 miles. 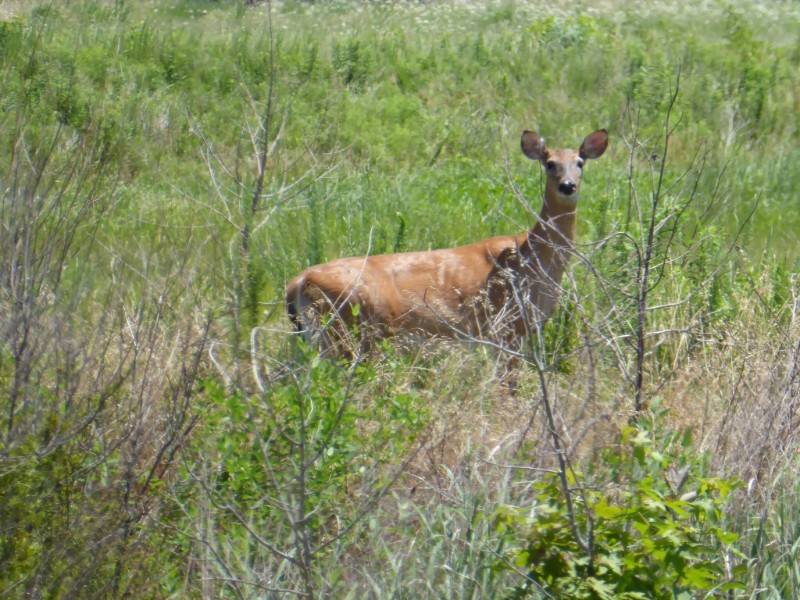 Now 34 new watergates permit the flexibility of directing water where it is wanted and of controlling depths to within a tenth of a foot. In the first year, the impoundments attracted thousands of greater yellowlegs, “tons” of glossy ibis, and the first sighting of a ruff.

Wells and pumps installed later this year with partner dollars from Waterfowl USA will allow flooding earlier than year-end rainfalls permit, ensuring water for fall migrants despite the necessary drawdowns during the summer that stimulate the moist-soil vegetation. While water manipulation on the scale of the impoundments is doable, manipulation at a much larger scale is proving both daunting and worrisome. Daunting because Carowan is bucking regulatory hurdles and worrisome because rising sea levels are destroying increasingly scarce marshland.

Salt-water levels are rising twice as fast as elsewhere because of the land subsidence thought to be due to the flattening of the mantle left by the Ice Age, a phenomenon being hastened by the groundwater extraction of land development.

Carowan reasons that the public road through the refuge would serve to dike much of the marsh from the sea level rise if the single opening at the Little Blackwater River were equipped with a water-level control structure to replace the present free-flowing condition—another project he is confident would attract partnership dollars. The several regulatory agencies that would be involved, however, are reluctant. They want to know what the biological effects would be in advance. That could take ten years worth of data collection while marsh losses are allowed to continue, said Carowan.

The severity of the problem is enough for him to continue to argue for immediate installation of control structures and the continual monitoring of effects after rather than before his remedy is tried. But he is used to regulatory processes. Before constructing the new impoundments, it took him years to convince regulators that converting cropland to wetland was okay.

Concerns about marsh loss and its possible relation to the overpopulation of Canada geese have even led to questioning the practice of prescribed burning of the marsh, first started as a way to promote plant succession and diversity when the refuge was established. Now thought to be possibly more harmful than beneficial, burning is being looked at by a panel of outside experts who have been asked by the refuge to make recommendations on future strategies for managing the precarious marshes. The refuge farming and prescribed burning programs were the grounds used for denying the wilderness status that was under consideration for most parts of the refuge in 1974.

The fifty percent increase in refuge size overseen by Carowan since 1989 has brought multiple results. The acquisition of valuable wetlands was made mostly through the use of private funds from the Mellon Fund, Chesapeake Bay Foundation, Conservation Fund, and The Nature Conservancy. The refuge ended up owning a hunting-club lodge, which is located south of the refuge at land’s end on Fishing Bay. The building was turned over to the Chesapeake Bay Foundation and, after a multi-million dollar renovation, has become a flagship education center with coordinative ties to the refuge.

A 480-acre area retained by the Conservation Fund is being used as a demonstration forest for timber-harvest practices to favor the survival of the endangered Delmarva fox squirrel. Because of the tree cutting involved, this project would be difficult to undertake on refuge land. The research is funded in part by Chesapeake Forest Products, and results will be shared with private landowners to augment the habitat protection provided by the refuge.

The acquisition and protection of 125-acre Barren Island in the Chesapeake Bay became the bizarre result of the largest fine ever levied for a wetland violation. The court agreed to give to the refuge $1 million of a $2-million fine that it had imposed on a large Maryland landholder whose manager failed to obtain the necessary permits before disturbing wetland.

In another unusual partnership with the Corps of Engineers, its dredge spoils are being used to stem the severe erosion of the island. Huge flexible tubes filled with spoils have been placed on the island’s edge, and additional spoils are pumped in behind the tubes to recreate wetlands attractive to shorebirds—a good example of an ecosystem approach says Carowan.

Work has started on an environmental impact study to establish the Nanticoke Division of Blackwater NWR, a 17,500-acre expansion that Carowan says contains exceptional wetlands along the Nanticoke River east of the refuge. He is pleased that some landowners are already expressing their willingness to sell, but acquisitions must await completion of the ongoing planning process and funding approvals. The Conservation Fund has agreed to serve as the intermediary purchaser. 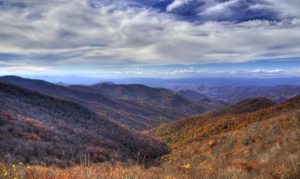 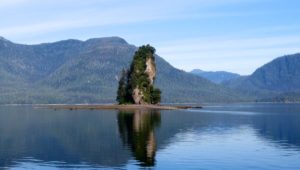 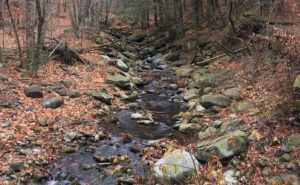 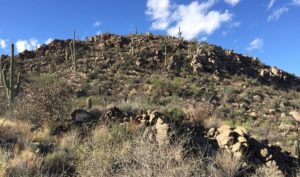 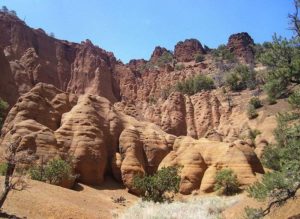 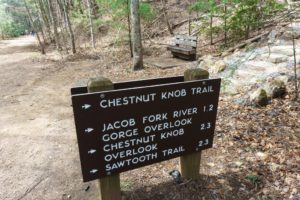 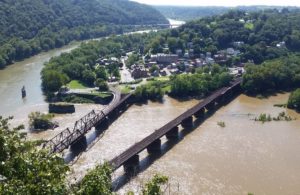 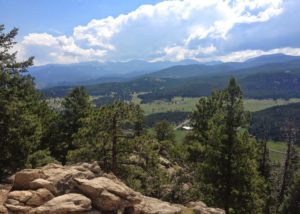 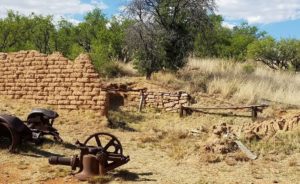 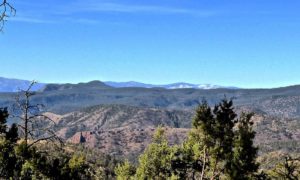 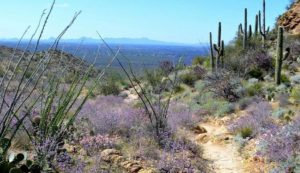