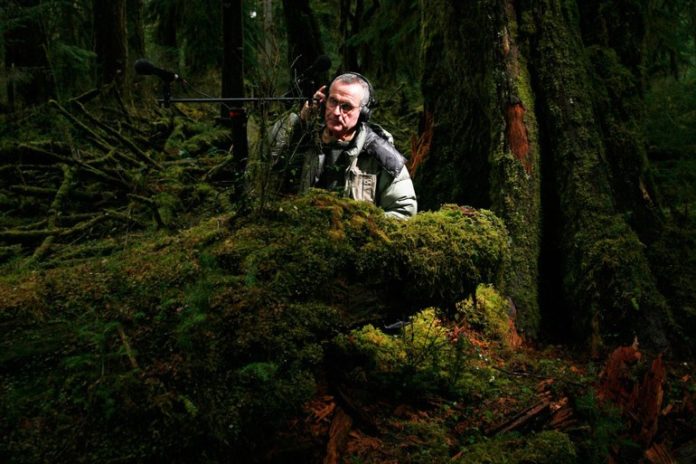 Have you ever heard an elk bugle? Or a spotted owl call to its mate?

Gordon Hempton has, and through his One Square Inch of Silence campaign, wants to ensure that others enjoy the opportunity to hear the sublime sounds of Mother Nature.

Some of the songs Gordon captured on the park:

1. Elk Bugle – An Elk proclaims his right to his harem.

2. Northern Spotted Owl – This endangered species call to its nearby mate.

3. Thunder – Despite over 12 feet of rain each year, thunder is a rare occurrence in Olympic National Park.

4. Brook – A babbling brook whose stones are musical notes. Each section plays a different song.

6. Frogs – One of the only parks sounds at night, the croaking of frogs tapers off at midnight and resume just before sunrise.

7. Quiet Forest – A still morning in an ancient cathedral of tall trees punctuated by the winter wren and varied thrush.

8. Rain – One of the many sounds of rainfall in the park, this of raindrops falling on a pond.

9. Spring Morning – The sound of sunrise on the edge of Ozette Lake.

10. Surf Wood at Low Tide – The sound of the surf heard from the inside a driftwood log at Lowtide.

Below you can hear the sounds of Olympic National Park unsullied by human noise pollution.