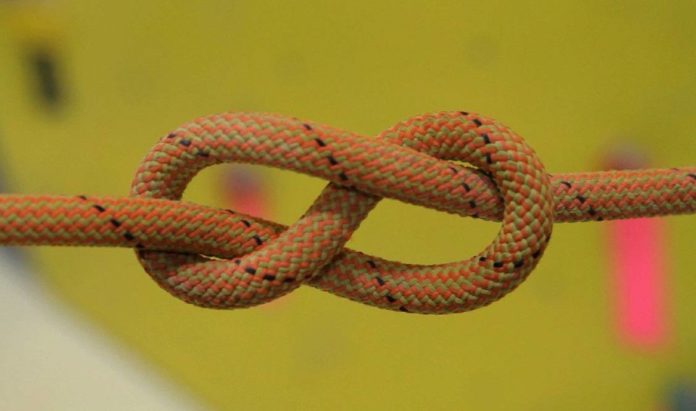 Tying Knots is a fundamental skill in all types of Climbing. However, it does take practice. In the beginning, remembering every knot will be difficult. But take comfort, you do not need to learn all the knots right away. This section covers several stopper knots that are used in Rock Climbing.

As the name suggests, the knots under this category are usually tied at the end of the climbing rope to prevent it from fraying or unraveling. The Overhand, Double Overhand, and Figure Eight Knots are all part of the Stopper Knot family.

As part of the Bends family, the Fisherman’s Knot is usually used to tie two ropes or lines of a similar diameter such as lines used in Fishing, hence the name. It can also serve as a stopper knot and tie up loose ends of the rope. Learn how to tie a Fisherman’s Knot with the use of our animation and steps below.

Also known as the Grapevine Knot, the Double Overhand Knot is commonly used to tie two ropes of different diameters. As the name suggests, this knot involves tying two Fisherman’s Knots on the ropes. Let our animation guide you in learning how to tie a Double Fisherman’s Knot.